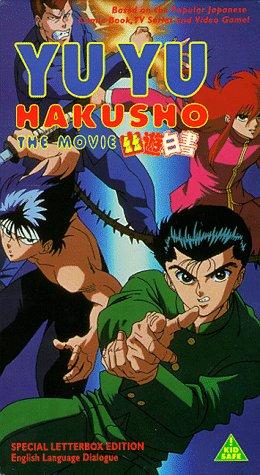 Basically Koenma gets kidnapped and Yusuke and his friends must save him and keep the Golden Seal out of the hands of evil. All the basic characters from the TV series are in this movie (Yusuke, Kuwabara, Kurama Hiei and Botan) and delivers enough action for 30 minutes.

The profanity in the Media Blasters dub was edited out and the subtitles were censored, but this was dubbed properly for the FUNImation release.

Those that love the FUNimation voices finally get to hear them again with the newly released DVD From FUNImation that was released in 2011. Media Blasters originally dubbed this in 1998. The Media Blasters dub is good too. Buy this if you want to have it for your collection.